Your Go-To Moisturizer Article - Which One or None at All?

Your Go-To Moisturizer Article - Which One or None at All?

We all want to look and feel young just as we used to before. It's a normal human emotion and when we see a product on store shelves promising to bring back our youthful glow, we're obviously interested. However, before we make the decision to buy, we have to ask ourselves some questions because after all, different moisturizers are ideal for different parts of the body, some are more expensive while others are not, and finally, there are some substitute products that claim to do the same job. Out of the dozens of brands that try to convince that theirs is the one that will make your skin seem like you're 20 years old again, you eventually have to make a choice. It's important to know how it is and whether you're making the right choice in purchasing a moisturizer.

How Do Moisturizers Work?

For the purposes of moisturizers, we'll focus on the top 2 layers of skin that shield our bodies from the elements. The epidermis; the uppermost layer consisting of dead skin cells which is the one that we see. The dermis; the 2nd layers containing blood vessels, nerve endings, sweat glands, hair shafts and most importantly, sebaceous glands. These glands are incredibly important as they produce sebum, an oily/waxy substance that gives our skin its oily feel and texture. You will see this layer if you've ever gotten a scratch and torn off part of your skin. Dehydrated skin results from the epidermal layer being exposed for long periods of time to environmental elements or irritants such as UV sunlight or harsh cleaning products. What this does is cause the body's natural balance of water in the epidermal layer to decrease as water exits through diffusion and/or evaporation. The result is dry, cracked skin that has lost its elasticity and can crack and/or peel. So how can it be prevented?

Moisturizers can employ two separate methods to achieve the same result. 1) Prevent the moisture from leaving the skin's surface or 2) Replenish the epidermal layer's water supply. They usually contain some sort of wax or oil that traps the water on the skin and thereby not allowing it to escape. They also provide the right amount of water to penetrate cell membranes so that they can be rehydrated and not break down as easily.

Which Moisturizer is Best?

There are a few options to pick from when deciding between the best. CeraVe Moisturizing Cream is one of those. A 539g jar available on Amazon that delivers a big dose of ceramides. These ceramides are skin softeners that act by repairing the skin barrier. Dry and flaky skin with no elasticity just allows more moisture to escape through evaporation and these ceramides build up your depleted epidermal layer to hold onto the fountain of youth that is your body's natural hydration system.

The Garnier SkinActive Moisture Bomb is slightly smaller yet makes up for it in performance. This moisturizer is actually a humectant, a substance that adds water to the upper skin cells so that your skin doesn't lose any moisture. This specific one acts by drawing up water from the dermis layer of your body up to the top as well as absorbing moisture from the air. In practice, it's focusing on action rather than prevention.

Our third pick is Vanicream's Moisturizing Skin Cream. This fast-acting formula is also composed of ceramides but is was chosen by dermatologists as the best option for sensitive skin. It earned that medal from the National Eczema Association due to its lack of common irritants in its formula such as dyes, fragrances, lanolin, formaldehyde and parabens. At 453g and currently on sale on Amazon, it would certainly not be a bad choice to pick up.

There might be some confusion surrounding these 2 terms as advertisers for lotions try to cash in on people with dry and flaky skin, but don't be fooled. There are a few significant differences between the two and why for a dry skin remedy, you're probably better off sticking with moisturizers. A lotion is defined as a sort of cream that is applied to the skin to have various effects. What are the effects in question? Averting acne, protecting the skin from sun injuries, and various topical applications to provide the skin essential vitamins and minerals such as Vitamin E. The side effect to all of this or in the case of acne prevention, the purpose; is to remove the hydration beneath the skin. This aids in preventing the buildup of too much sebum, the skin's natural lubricant which can lead to acne, especially in teenagers. Moisturizers on the other hand don't add vitamins and minerals but instead make sure that those elements don't leave the skin. Most importantly of all, moisturizers primary and only focus is on keeping your skin moist, so it keeps a more youthful appearance while lotions haven't been and aren't designed for that in mind.

Is There Such a Thing as Too Much?

With all good things in life, moderation is key. Going all in can end up in you coming out with nothing to show for it. Due to that, moisturizers need to be used with some caution. The problem with overuse of moisturizers comes with the fact that if you constantly artificially hydrate your skin with moisturizing products, your body will eventually get the message. That means that your body will stop producing the natural oils necessary to keep skin moist in the first place. You will end up going from moisturizing your skin to preventing it from going dry. At that point, you'll have to use moisturizer to keep your skin the way it is from fear of it becoming worse instead of trying to make it better. A common consensus to ensure maximum effectiveness among dermatologists is to use moisturizer twice a day: once in the morning and once before you go to bed.

Do I Really Need a Moisturizer?

All in all, in our modern world, we already affect our natural body's ability to use body oils to keep our skin young by showering each day with soap and water. That's certainly not said as a negative, but we need to stay mindful. In truth, skin moisturizers are only truly necessary for people with skin disorders such as eczema since our skin naturally sheds every couple of weeks and reveals a new layer of fresh skin. Our body naturally deals with a lot of problems but if you're really focused on the here and now, there's no reason not to buy a moisturizer for your face, legs or arms. Just make sure not to mix them up with lotions. 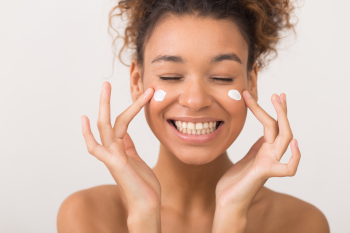 Posted in Wound Care By

Join us on facebook or instagram for ways to win our products and be the first to know about our upcoming deals.