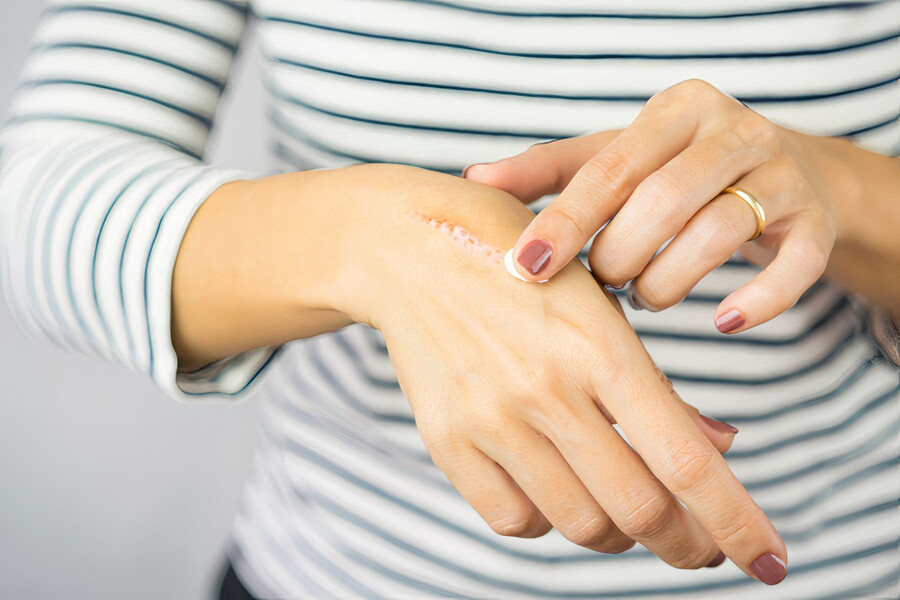 Silvasorb gel is an antimicrobial type of gel that is control-released. This basically means that Silvasorb will constantly release silver on a continual basis. The nice thing about this is that you don't have to constantly keep changing a wound dressing over and over by re-applying ointment. Silvasorb is effective for around three days before you have to worry about changing the bandage. If you're using Silvasorb and are confused about bandage changing, consult this matter with your physician for further advice.

Silver wound gel releases silver into a wound with a sustained release approach. This makes it an effective treatment for wounds that are more chronic and ongoing. The sustained release nature of Silvasorb lowers the chances of infection occurring. If you're using Silvasorb gel properly, there's a much lower risk of your wound getting infected with bacteria.

Another nice thing about Silvasorb is that it will keep your wound moist, and this is something you need for your wound to heal properly. Silvasorb is highly recommended throughout the medical industry because it doesn't tend to irritate wounds, it won't hurt the new tissue known as "granulation tissue", and it's biocompatible.

With all of the different wound gels on the market, it can sometimes be frustrating to find one that will work for you. The two things you want to look for in a wound gel is for it to be not only effective but to as well be gentle on the skin.

Silvasorb will release a tiny amount of silver over a prolonged period of time. Because of the very small amounts of silver being released, it keeps the healing process continual, which speeds things up. Silvasorb is effective in eliminating any infectious bacteria that might pose a threat to a wound. In addition, Silvasorb keeps the moisture levels of a wound at just the right amount to give the wound the best chance it can get to heal. Wounds also require controlled fluid levels. You obviously want to avoid infection from ever occurring, and Silvasorb does that without affecting any of the new tissue being formed under the bandage.

Even though Silvasorb is known to be a very efficient gel for wounds, it's not advisable for every single wound that can occur on the body. If you have a wound and want to try Silvasorb, advise your doctor before applying the treatment.

How Do You Use Silvasorb Gel?

If you have any doubts concerning your wound, consult with your physician for assistance.

Silvex wound gel is an effective treatment for many wounds that require treatment. If you think you might want to give it a try, ask your medical professional if this treatment is right for you.